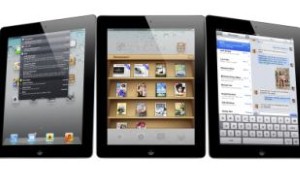 Louisiana schools may be seeing some technology upgrades coming soon.

Louisiana may be the home of the Big Easy, but when it comes to getting classroom computers and other tech tools for learning, it seems to be anything but easy. Local newspaper The Advertiser said the state’s schools are lacking technology and the facilities to conduct online testing that should be a part of the Common Core Curriculum the state plans to adopt by the 2014-2015 school year.

Louisiana’s Department of Education has asked school districts and systems across the entire state to report how many computers they have available for students and what their internet operating speed is, as the state wants to see what is needed and which areas are most challenged. Many remote areas of the state simply don’t have the infrastructure needed to bring classrooms into the 21st century. Thus far, the news source reports that only five school systems in the state meet the minimum device requirements set by the new curriculum. Only two met both device requirements and network readiness guidelines, so there is clearly a lot of work that needs to be done.

“We must believe our students and teachers can achieve great things, but they need access to the right technology to do so,” Superintendent of Education John White said in a news release. “We are not there yet. Too few schools are ready for the digital age. If we plan now, and invest our funds wisely, we can change this.”

State Superintendent of Education John White recently released a report called the Louisiana Technology Footprint, and looked to give a snapshot of the digital readiness of these schools. He said schools are not ready for the new requirements and funds need to be invested wisely to change this. School campuses in Louisiana have 197,898 devices available for online testing but only 67,038 meet the new device standards, according to the report.

What do you think could help out Louisiana schools? Is the state going to be able to meet standards by 2015 or will it be left with a similar allotment of classroom computers? Give us your ideas!