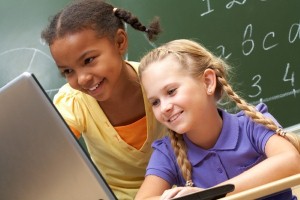 The classroom computer has moved far beyond use as a basic tool, as new technology has the ability to dramatically change classroom control.

The classroom computer has moved far beyond the basic tool used for typing speed tests and 8-bit computer games, as new technology has the ability to dramatically change classroom control.

Classroom management based off skill level
With the proliferation of classroom management software and techniques such as real-time grade feedback and the flipped classroom, schools may want to reconsider the way in which students progress. Jeff Livingston, senior vice president of College and Career Readiness at McGraw-Hill, said that high schools should use available classroom control technologies to group students based off skill level instead of age range to more accurately attend to their intellectual needs, GigaOM reported.

“What does it mean to be a 9th grader or 10th grader beyond being a certain age?” Livingston asked, according to GigaOM. “It doesn’t make sense that all the 15-year-olds are in this grade and all the 16-year-olds are in that grade. It should be where your interests, your skills and your mastery of certain concepts takes you.”

In this way, Livingston said schools can better prepare students, allowing them to learn based on their own skill sets instead of having to keep up with same-age peers. In addition, any coursework the school setting may not be able to provide can be supplemented through online classes or via classroom software accessed at home, according to the online news source.

Bandwidth increase proposal for schools in one U.S. state
Some schools are already starting to invest more in online learning to better address student needs. For example, a new proposal by the State Board of Education in Florida seeks to expand classroom computer usage among 3,000 public schools by shelling out close to $442 million for, among other things, increased internet bandwidth and more than 300,000 computers, the Orlando Sentinel reported. From the suggested budget, about $239 million would go toward bandwidth, $151 million would be for increased wireless capacity and close to $52 million would be allocated for the leasing of devices such as tablets and laptops.

The proposed upgrades would allow Florida students to get the best education possible and keep up with pupils in other parts of the United States, state educators told the news source.

“We all know what’s at stake: We’re trying to prepare our students in the best possible way for the 21st century, for college and career,” said David Stokes, chief information officer at the Florida Department of Education, according to the Sentinel.

What do you think will be the next big technology trends in education? In what areas could educators be doing more with available technologies? Leave your comments below to let us know you think about these issues!