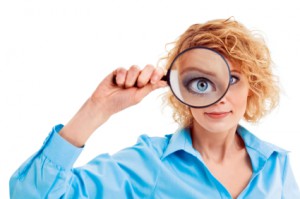 The main goal behind Invisible Children’s Kony 2012 video was to “Make Kony Famous.” People have been doing just that, spreading the video, tweeting about the video, making their own videos about the video, overall just doing what they can to get the message out there. But is this the best way to go about supporting the cause, or is this just a “slacktivists” approach to helping out?

As I mentioned before, the point of the video is to spread the word. There’s nothing wrong with sharing the video if you truly support the cause, and Invisible Children. While simply spreading the video isn’t going to single-handedly stop Kony, it is creating awareness. But before supporting a cause, the best thing to do is research it. Some of those who have looked further into the issue found flaws in Invisible Children’s campaign. Others found even more inspiration to support them. Whichever position you take, you want to have reason to do so. The Invisible Children video offers one perspective and point of view, but look further into it if you can, find other angles on the issue. Educate yourself on the topic as best you can, so that you can discover where you stand, and the best option for you to offer your support.

Some people support the cause, but don’t support Invisible Children. In this case, they can find other organizations that are targeting the issue of child soldiers in Africa. Others do support Invisible Children, so they have bought the $30 kit that is advertised in the video (equipped with a Kony 2012 T-shirt, bracelets and posters), or made donations. If this is something you are passionate about, you can look into other ways you can help – For example, if you are a supporter of Invisible Children, their video mentions writing letters to Parliament, asking to send more troops to aid the Ugandan military. If you are against military aid, you can find other methods of support.

Whichever position you take, I urge you to do your research – know who and what you are supporting, and why you are supporting it. It would suck to one day discover that the organization you support is based on a platform that is opposite of your beliefs, just because you neglected to look further into it.