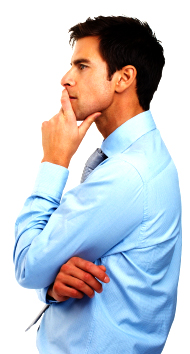 If you’ve logged into Facebook over the last couple of days, you’ve seen at least one share about Kony 2012. You’ve may have even seen the video and shared it. A lot of people have. It’s everywhere! It’s so popular that my gut says scam, but I haven’t been able to prove it. It’s so confusing these days!

When you see things on your Facebook wall like “Your friend and 15 other friends shared a link”, I’m sorry I instantly think scam. The 30 minute video comes with the caption:

“KONY 2012 is a film and campaign by Invisible Children that aims to make Joseph Kony famous, not to celebrate him, but to raise support for his arrest and set a precedent for international justice.”

It’s inspirational. It’s motivational. It got me teary. It’s a whole lot of other words which will raise the grade level of this blog piece. And it’s also getting just as viral as a lot of scams.

I was on Christmas vacation and saw the same sort of thing about a free Costco gift card. Family and friends were sharing it like crazy. A quick Google search proved to me it was a scam. I emailed a co-worker to write something on it immediately (well the next morning, it was like 1am at the time).

Just recently the same thing showed up around Justin Bieber. I knew there was no way there’d be a hidden camera in his bedroom, but there were a lot of people who thought so and knew there’d be a lot more that would agree—especially his fans.

I spent a good deal of time today trying to find out if this was a scam. I Googled “is Kony 2012 a scam?”, “Is Kony real?” and “KONY 2012 Facebook scam”—along with a whole bunch of other iterations. I admit I couldn’t find anything to concretely debunk it—yet. There were some postings but nothing solid enough for me to scream it from the rooftops. It’s a great cause, but something just doesn’t sit right with me.

Does that make me jaded? Or just web savvy? We live in a time that clicking on the wrong thing gets your identity stolen. Oops. Facebook scams are geared at tugging at heart strings, piqued the right interests, getting enough people fired up. Kony 2012 is right up this alley.

The point is that it acts like a scam. It works the same way Justin Bieber, Costco, Southwest Airlines and all other scams do.If it is a scam, why click and share this one and not something else? Because of the length of the video?

It’s hard in this day and age. I don’t want this to be a scam, I want it to be real and I want the world to unite to conquer this. But there’s just something about it that doesn’t settle. Pharmaceutical companies target consumers about their products so that you’ll ask your doctor. You know those fun and happy commercials about what meds can do for you while the voice tells you how you may bleed from the eyes and other horrid things? It’s to get demand for a cause from the bottom up. This video aims at the same thing.

If it’s real it could be amazingly effective. If not, then what? What’s the goal? IT security may have made me jaded… What do you think?