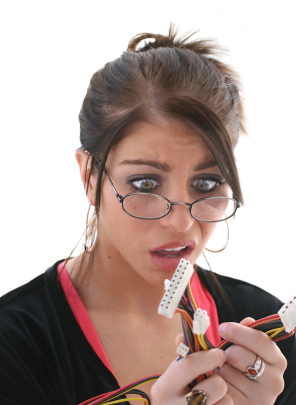 Is technology really needed to learn? That’s exactly what voters in Kyrene School District are wondering.

The Arizona based school district asked local voters this week for approval of $46.3 million more in taxes over seven years to allow it to keep investing in technology. That represents around 3.5 percent of the district’s annual spending, five times what it spends on textbooks. The district uses 75 percent of the $6.8 million in capital override funding for instructional technology. The current override, which  was approved by voters by a 2-1 margin in 2005, will now expire in the 2012-13 school year.

The technology at the Kyrene was publicly examined last September in an article in the New York times.  The article questioned why a school so heavily funded in technology failed to produce the expected student achievement output. Since 2005, scores in reading and math have stayed the same at Kyrene. Even more alarming is that overall statewide scores have actually risen.

This brought up the debate that schools are spending billions on technology, even while they reduce budgets and lay off teachers. All this with little proof that this is even improving basic learning.

Many argue that standardized tests, a common measure of student performance, don’t fully capture the depth of skills that computers are helping to develop. But for now, there is no other way to measure the value of costly tech investments.

The district’s motive for technology wasnt all about the rise in test scores though, but rather technology represented the future. Kyrene School District offers a tech lover’s dream when it comes to educational technology. Classrooms are decked out with laptops, and interactive screens and software. The cost of the investment? $33 million.

Kyrene, home to 18,000 kindergarten to eighth-grade students, also uses its tech-focused classes to attract students from around the region. When it comes to funding, more students means more state dollars.

With disappointing student achievement results, it’s no surprise that voters second-guessed a push for continual tech spending. While not everyone is disputing the significance of technology in the classroom, the question must still be asked: should districts who are struggling with funds for paper and pencils be directing their funding to technology?