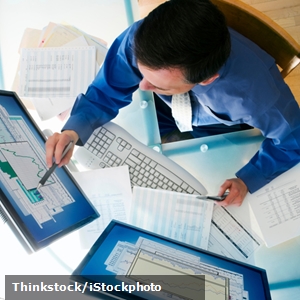 As billions of computers boot up each morning in offices around the world, a significant strain is placed on the global energy grid. With technology only expected to play a larger role in the workplaces of tomorrow, environmental activists are looking for early interventions today that can help moderate PC power usage in the future. The Super-efficient Equipment and Appliance Deployment (SEAD) Initiative, an international coalition of government energy agencies, recently announced a worldwide competition for energy efficient computer monitor designs.

Escalating electricity
According to SEAD calculations, monitors can account for 35 percent or more of a desktop computer’s total energy intake. On a global scale, that amounts to 30 to 40 terrawatt-hours of electricity consumed annually. Or, to put it another way, enough to match the output of 10 mid-size coal plants.

The competition aims to not only laud the innovators who are making progress in this important area, but also help users identify which energy-efficient monitors are head and shoulders above the rest and deserve their attention.

“Consumers are looking for more energy efficient technologies in our homes and offices,” said Christine Egan, executive director of the Collaborative Labeling and Appliance Standards Program. “The SEAD Global Efficiency Medal competition helps consumers save energy and cut back on electric bills, promoting innovation within the electronics market at the same time.”

That last point could be particularly significant, according to SEAD administrator Steve Pantano. In an interview with Reuters, he suggested that there is already compelling evidence to suggest “energy efficiency sells,” and that leading manufacturers may soon be those ones driving progress on PC power management.

International coordination
The U.S. Department of Energy is throwing its considerable weight behind the project, as it aligns with many parts of the economic vision outlined by the Obama administration. According to Reuters, Energy Secretary Steven Chu’s promotion of conservation and renewable energy development has been as much about environmental responsibility as it is about revitalizing the American economy post-recession.

Chu will also be joined by counterparts from many of the world’s most energy-hungry nations. Within the 23 countries participating in the Clean Energy Ministerial (CEM) global forum, approximately 80 percent of all greenhouses gas emissions are produced. However, these countries have also footed the bill for 90 percent of the world’s global clean energy investment.

Although each nation and region is at a unique stage of environmental protection, the SEAD competition is designed to acknowledge the differential progress made by each. Participants will be split into four groups – North America, Europe, India and Australia, with one winner named from each.

How could energy efficient computers transform operations at your office? How do you select new devices and appliances? Let us know what you think in the comments section below.