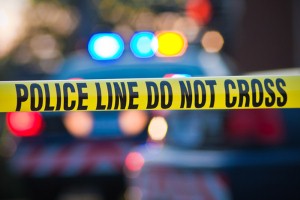 It’s a classic argument, and now its ramifications are being felt in the digital age. As law enforcement seeks to gather more information during investigations, privacy advocates worry that police work will collect more personal data than is necessary. The latest incident involves the U.S. Federal Bureau of Investigation and its digital crime-fighting endeavors.

The FBI is in the process of creating what it refers to as a Next Generation Identification program to create a digital arsenal of crime-fighting software and data. Part of the advanced biometrics program being undertaken includes a digital fingerprint database and facial recognition software. Other components of the program include an interstate photo database, better reporting for top-level security issues, a palm print database and voice recognition, according to CNET.

The program is aiming to improve the efficiency of crime prevention and investigation. CNET reported that facial recognition software has become 272 times more accurate since 1993.

However, it is the use of facial recognition software that is causing concern among privacy advocates. The FBI has said that the photos used for identification come from mug shots and will be handled in accordance with existing laws, CNET. Groups like the Electronic Frontier Foundation has expressed doubts about the agency’s intentions with facial recognition software, though. One of the concerns is that the software will be entrusted to make the match and the work will not be checked by a human agent.

“[T]he FBI wants to be able to search and identify people in photos of crowds and in pictures posted on social media sites – even if the people in those photos haven’t been arrested for or even suspected of a crime,” Jennifer Lynch wrote in an August 2 article for EFF. “The FBI may also want to incorporate those crowd or social media photos into its face recognition database.”

CNET reported that privacy advocates have asked to see the algorithm used in the facial recognition software, but the FBI has so far refused to grant the public access to that information. The EFF said its other concerns with the FBI’s new digital program is that it would be pooling information that was formerly separated from being used in criminal proceedings.

If you were running the FBI, what kind of application control software would you use to protect such an expansive digital database? Is facial recognition going too far, or does it represent the future of more efficient law enforcement? Leave your comments below to let us know what you think about these issues!