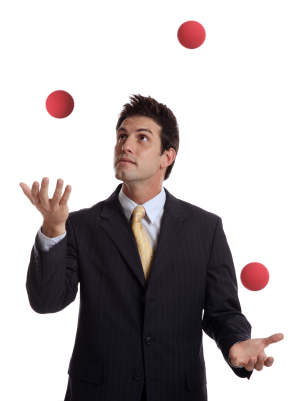 The last few years have been extremely difficult for RIM. The troubled company has been trying to hold on to its success of the past decade. With iOS, Android, and Windows mobile grabbing the market share, RIM is unable to keep the growth steady. In fact, the market share is dwindling and the shareholders are not very happy.

What can the troubled BlackBerry phone maker do to survive and succeed?

RIM has a few strengths that are unbeatable. The patented keyboard is the biggest one. You can type without looking at the phone! You can type quite fast and so far, no other device has been able to come up with a better keyboard. This keyboard obviously provides better user experience for business users. For example, much as I love the iPad, I can’t ever imagine typing without a keyboard for extended periods of time.

Encryption is the nuclear arsenal

Governments, mega-corporations, law enforcement, intelligence agencies, and even individuals have great use for the encryption provided by BlackBerry. Nobody has been able to come up with a better encryption system. There have been instances where even governments have been unable to decrypt the code and they have asked RIM to place a server locally. It’s that secure. RIM must enhance and market the encryption feature on the BlackBerry that no other mobile manufacturer can give us today.

If Apple came up with an iPad, RIM did not have to ape Apple. HP actually killed its tablet project. If a mammoth like HP can stop manufacturing the tablet, RIM should have never entered the tablet market. RIM should just focus on its niche area and strive to succeed. RIM does not have to start competing on every front. Remember what happened when Adolf Hitler attacked Russia during World War II? Germany was fighting on multiple fronts. Similarly, RIM needs to stay focused and not compete on all fronts by aping competitors.

There are numerous Android and iOS touch screen devices out there. RIM need not build another one. BlackBerry Storm never did as well as the BlackBerry Curve or the BlackBerry Pearl!

Gaming Apps aren’t the only thing in the world!

It’s true that apps lead to a lot of revenue. Business users use quite a few apps. Moreover, Business = Revenue; so theoretically, business apps can generate a lot of revenue since a business will see value in spending for it. BlackBerry, being a business phone, needs to focus only on promoting apps for business and maybe social media. Focusing on all types of apps is pointless and even if developers build a wide range of apps (say, for education) it is a bit too late for RIM to enter new app markets.

RIM must use its strengths to venture into new markets where nobody can follow.

If companies like Surf Easy and Hotspot Shield can make money just by selling encryption, so can RIM. I would surely pay $50 for an app or $10 a month for as service that allows secure communication between my iPhone and the Internet that nobody in the world can hack into. Imagine the revenue RIM could generate from the millions of smartphones out there!

Apple (iOS) and Google (Android) are the new kids on the block.  However, RIM has been here forever (well, almost forever). Only time will tell if RIM will emerge unscathed from this bloodthirsty mobile war, or whether it will fade away into oblivion. Until then, the clickety-clack sounds of BlackBerry will keep ringing in our ears.