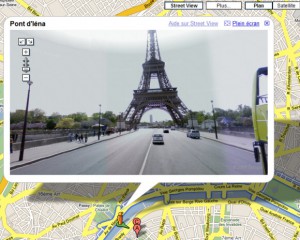 The Google Street View fiasco continues to be under fire. For those who missed it, Google uses cars to take pictures for Street View – a way to explore the world with 360-degree views. But the cars were also scanning for Wi-Fi networks and collecting heaps of unauthorized personal data like emails, text messages, browsing histories, and passwords.

It’s one of the biggest privacy invasion cases to date. People are demanding answers. Originally the case was closed and Google was labeled as sloppy but not illegal. But this 2-year battle took a new turn when it was revealed that the information may have been collected deliberately. One of the original engineers told his colleagues as far back as 2007 that he included the data capture feature.

Google first announced it publicly in 2010, which implies they knew about the problem for years.  Logically, Google is being accused of acting illegally and organizing a massive cover-up, including the UK Information Commissioners Office (ICO). To refute these claims, they’ve published sworn declarations from nine engineers who claim they were completely unaware it was capturing private information.

The case is still very fuzzy and Google is under serious pressure. We’re talking about allegations of intentional electronic eavesdropping – a direct violation of data protection laws. And it seems Google has been less than cooperative. The FCC imposed a fine last month of $25,000 for obstruction and withholding information. I can’t help but wonder why Google didn’t come clean during the original investigation.

There is one good lesson we can learn from this fiasco. Be sure to put encryption on your devices. When you leave a wireless network unencrypted, you might as well be shouting the details of your online activities – emails, searches, and passwords – to your entire neighborhood.

In an era where personal privacy violations are all too common, it will be interesting to see how the investigation unfolds. What do you think about Google’s actions and their claims of innocence?