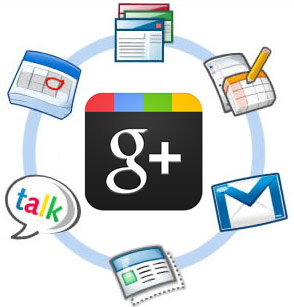 Google+ is not just for personal accounts anymore, it’s gone all business. Today Google invited all of its Google Apps customers to join the new social network. That means roughly over 4 million businesses and schools can all start making Circles in the coming days.

The new social network already boasts a surprising 40 million users. Once the doors were opened to the public and not just available to invite only members, it did take off—a lot. It’s no Facebook but after such a slow start that’s pretty impressive numbers. Maybe the ability to only share content with certain people in certain Circles really has caught on?

Today the same great fun you’ve had making Circles with your own personal account can now be done at school or the office. I use Gmail every day both at work and at home, and admit I don’t use Google+ much at all for my personal account. I still can’t be bothered to use more than one social network.

Now that Google+ is for business, maybe I’ll use it more? Maybe I’ll start group video chatting in Hangouts? Who knows. The point is now I can! I’m very curious to see how this addition changes things for schools and business.

So where is it? If you’re a Google App user and you are wondering where your invite is, it hasn’t been lost in the Gmail. You have to enable the service first, and the on switch needs administrator powers to do so. Hangouts needs some firewall permission too. Also, if you already have a personal account and want to port it on over to your new work one, a migration tool is on the way. Google promised.

Are you a current Google Apps user that’s going to take advantage of this new network?