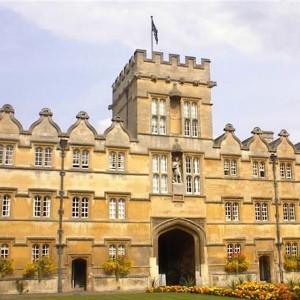 Hacktivists target universities across the world

Another hacktivist threat recently emerged, and the hackers have claimed that more breaches may be coming. The most recent attack comes from GhostShell, a group that made headlines when it targeted U.S. government agencies and financial institutions earlier this year. The hacker group has broadened its horizons, turning its attention to large universities around the world. Referring to the campaign as “Project West Wind,” the group highlighted its motivations in a post on Pastebin.

“We have set out to raise awareness towards the changes made in today’s education, how new laws imposed by politicians affect us, our economy and overall, our way of life,” GhostShell wrote. The group lamented the transition in education from “skills that would normally help us be prepared to life” to “simply memorizing large chunks of text in exchange for good grades.”

The targets were primarily large universities in America, Europe and Asia. Among the more than 50 institutions that had information leaked were Princeton, Harvard, Cambridge, Tokyo University and University of British Columbia.

According to a ZDNet article, the information released in Project West Wind included 36,623 unique email addresses, passwords, IDs, addresses, and phone numbers of faculty and students. Though only one bank account number was included, and no credit card information or social security numbers.

ZDNet reported that the hackers spent at least four months collecting the information for all of the accounts. Despite the group’s initial claim that data from 120,000 unique accounts had been posted, only about 40,000 could be identified.

The Philadelphia Inquirer reported that the University of Pennsylvania released an email confirming that some data had been compromised. However, the university said that the no sensitive information that could result in identity theft was released. The widespread attack highlights the importance of using layered security to protect data by demonstrating that even large universities are vulnerable to online threats.

Have you or anyone you know ever been targeted by hackers?