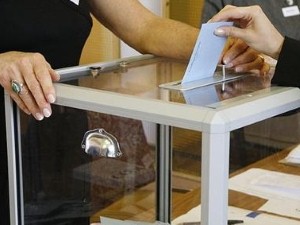 The state of Washington’s residents will be able to register to vote via Facebook.

Facebook gets used for everything from chatting with family members to sharing embarrassing photos with friends, and now the popular social media site can be used for one more thing: registering to vote.

The state of Washington announced on July 19 that residents will be able to register to vote and to update information via Facebook.

The application, known as MyVote and developed for the state government by Microsoft, will allow residents to access the Washington online voter registry via the social media site. Those concerned about privacy can take comfort knowing that none of the information entered in during the registration process is saved by Facebook, according to ABC News.

Washington, one of 12 U.S. states that currently allows voters to register online, developed this idea in conjunction with Rock the Vote, an advocacy group that encourages young people to vote. The hope of both Rock the Vote and the state is that MyVote will encourage people, especially younger people, to register to vote.

Shane Hamlin, co-director of elections in Washington, said to ABC that “the younger demographic is a smaller proportion of our registered demographic, so that maybe is a way to grow registration in that demographic.”

Washington has allowed people to register online since 2008, and 475,000 residents have done so since then, according to WNYC, New York’s public radio station.

“We still have paper voting registration, which costs some money there, but it will help save our state and counties time and money by doing it online because it’s paperless,” he said.

Do you think this is a smart idea? Would you ever consider registering to vote via a social media site like Facebook?