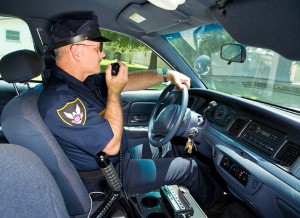 Not only might Germany’s federal police force want to spy on citizens’ online activities, but they may be developing a tool that would be almost impossible to trace or stop.

In a move that is sure to give pause to privacy advocates, not only might Germany’s federal police force want to spy on citizens’ online activities, but they may be developing a tool that would be almost impossible to trace or stop.

The Federal Criminal Police Office of Germany, better known as the BKA, posted a notice on their website on August 30 looking to hire someone to create custom software to provide the agency with “covert police access to remote computer systems,” IDG News reported.

Not only do the BKA want to hire someone with extensive software programming knowledge, but it seems the police force also is looking for a candidate with extensive knowledge on layered security and application control techniques. According to IDG, the online job posting said the BKA want someone with experience finding vulnerabilities in software and operating systems.

According to cyber security experts, one of the benefits to a police force developing in-house surveillance software is that it would be more likely to go undetected by existing cyber security software. Most antivirus and anti-malware programs only block applications that have already been established as a threat. The BKA program would not be found anywhere else, and thus would be more likely to evade detection, IDG reported.

Police forces increasingly rely on computer surveillance technology, and the BKA may be trying to avoid the embarrassment that comes with having such programs exposed. That happened last year, when a German hacking society revealed the inner working of a surveillance Trojan known as R2D2. The group published its findings, saying it was used for everything from providing third-party access to computers to logging keystrokes, The Register reported. The BKA denied using the Trojan.

Do you think police forces should be building and using cyber surveillance software designed to bypass layered security and application control software? Leave your comments below to let us know what you think!