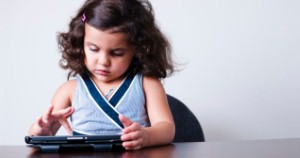 Parents, developers and advertisers all have a role in mobile application privacy.

As the first generation to grow up with no point of reference to a time before the internet, today’s youth have a unique relationship with technology. Whereas a household PC was still a rare commodity 20 years ago, it is now common for kids to start playing with iPads shortly after they take their first steps.

But as children take to technology at younger and younger ages, a coalition of their elders must be tasked with protecting them from digital dangers they can’t yet comprehend. As a recent investigation conducted by the U.S. Federal Trade Commission confirmed, there is still a great deal of work to be done to that end. In a review of hundreds of Android and iOS applications, government researchers determined that the vast majority failed to provide parents with sufficient information to protect their children’s personal data.

An expansive audience
As consumers have come to learn in recent months, the information provided during registration for, and continued use of, mobile applications does not always stay between the owner and developer. In fact, FTC officials found that 60 percent of apps intended for children transmit user data back to developers and/or a third-party entities such as an advertising network or analytics firm.

While this is not necessarily good or bad, the deception associated with these processes is what has privacy advocates up in arms. According to the FTC report, just 20 percent of the surveyed applications disclosed any privacy practice details prior to download. As a result, parents have far less information to work with when deciding if programs are safe for use or whether it might be better to block applications outright to eliminate potential risks.

“While we think most companies have the best intentions when it comes to protecting kids’ privacy, we haven’t seen any progress when it comes to making sure parents have the information they need to make informed choices about apps for their kids,” said FTC chairman Jon Leibowitz. “In fact, our study shows that kids’ apps siphon an alarming amount of information from mobile devices without disclosing this fact to parents.”

Shared responsibility
The relative novelty and increasingly complexity of mobile application privacy practices can be difficult even for industry experts to understand. As a result, the one clear consensus is that such issues are too much to task children with understanding.

Most agree that the path to progress must start at home with parents proactively monitoring their children’s technology habits. Just as certain TV shows were off limits to kids a generation ago, perhaps this generation’s equivalent will be social media apps. But to decipher between enriching experiences and digital dangers, parents must have all the facts.

That’s where application developers and their third-party business partners must hold up their end of the bargain. According to the FTC, there should be a greater emphasis on transparently describing how app data is collected, stored and shared – and for what purposes. Again, there is no reason advertising cannot be a safe and lucrative monetization strategy for developers to explore. However, parents do have a right to know how the process works and what privacy safeguards are in place.

To that end, the FTC also advocated for the inclusion of more robust privacy protection mechanisms within application blueprints. Just as apps can be designed for intuitive use and fast performance, so too can programs incorporate accurate and digestible educational resources.

Who should own the bulk of responsibility when regulating kids’ mobile app usage? What self-policing strategies could the mobile industry explore to promote faster privacy progress? Let us know what you think in the comments section below!