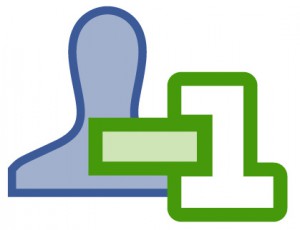 How many “friends” do you have on Facebook? If you were to go through the list, how many of them do you actually know or have had any contact with in the last 3 months? 6 months? A year? But who are these people? Why are you sharing details of your personal life with them? These are questions you should be asking yourself and indeed a lot of people are doing just that and taking action. As the user base of Facebook matures and becomes more concerned with privacy and security they are starting to clean out the Facebook “friends” closet.

For so many people when they first started on Facebook it was a race to see how many friends they could accumulate. Facebook became a rerun of the popularity contests in high school or college. No surprise given that Facebook got its start with college students.

Then came the Facebook games that people love to play like Mob Wars, Cityville or Farmville. In order to advance in these games, you had to expand your network of “friends” to help you. A lot of people hopped onto the “Add Me” groups so that they could bulk up their “friends” lists upwards to 500 or thousands of friends.

The percentage of people unfriending other Facebook members rose from 56 percent in 2009 to 63 percent in 2011. In gross terms, 158 million people were unfriended in 2009, and more than a half a billion in 2011. Experts predict the trend will only increase in coming years, and they see it as a potential problem for Facebook’s business model, which relies on leveraging information gained from a user’s profile and personal networks.

However, for you – cleaning out your “friends” list is a good thing. It means that your personal information is only shared with people that you know and trust. It reduces the chance of you becoming a victim of a cybercrime.

Next time you post that you’re going on the dream vacation – you know your friends won’t show up at your house and rob you. Keeping your “friends” list small also means there’s less chance that someone is going to have their account hacked and used to send out scam posts that are meant to hijack or infect your computer.

So next time you’re on Facebook, maybe you want to take a look at your “friends” list and do a little spring cleaning.