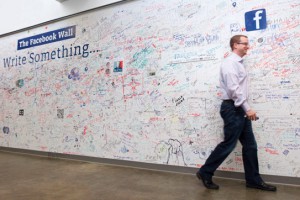 Everyone was excited about the Facebook IPO. Apart from creating billionaires, the IPO set a precedent for success in the Social Media industry. The stock markets are still watching. Analysts are keeping their fingers crossed.

What can Facebook do to live on forever?  Innovate. What are the features that will take Facebook to the next level? Here are some features that Facebook could implement to generate revenue and not rely solely on advertising:

And, here are some futuristic ideas that can generate revenue for Facebook:

And here’s the biggest threat to users that Facebook must address – Malware and Virus! Without Advanced Threat Protection or Reboot-to-Restore technology, users could end up spending a lot of money to fix their computers infected through Facebook.

Let’s see what the future holds for Facebook and its users. If you have invested in the Facebook IPO, only time will tell if you become a millionaire, or if you will one day wish you had never invested in the IPO.