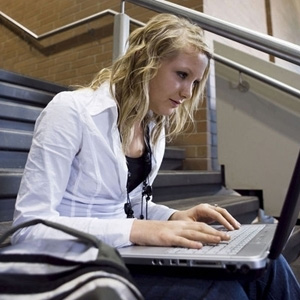 By moving software applications to the cloud, schools can cut down on their equipment costs.

Even as the United States and Canada pull themselves out of the recession, public universities continue to struggle with budget cuts. States are now spending 28 percent less per student on higher education than they did when the recession hit. If that sounds bad, I just hope you’re not planning to send your kids off to schools in Arizona or New Hampshire, where public university funding has been cut in half.

Unchecked IT spending could wreak havoc on a university’s budget. Kamran Khan, vice provost for information technology at Rice University has taken several steps to make the most of IT department’s budget and shared some of his strategies:

Using the cloud for big savings
For groups which oversee not just a single university, but multiple campuses, consolidating resources can be a great way to reduce unnecessary spending. The Virginia Community College System (VCCS) is made up of 23 campuses, so providing individual software packages for each school would be a major drain on funds. Instead, school board members have used standardized platforms for the entire network.

The school system has also found that because of its large number of campuses, it was spending too much on hardware. By moving many of its shared services like email to the cloud, VCCS could cut a huge chunk out of its operating budget. Officials have said they save at least $20 million per year.

Have you been able to find creative ways to stretch your IT budget ? Share your strategy with your peers in the comments section below or message us on Facebook!