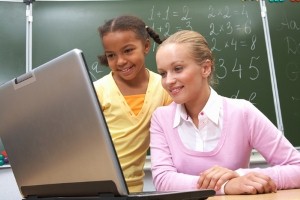 Kids having trouble paying attention in schools is nothing new, but technology is changing how teachers can interact with and reach out to students.

Kids having trouble paying attention in schools is nothing new, but technology is changing how teachers can interact with and reach out to students.Classroom management software to lower dropout rates
Classroom software is now used in schools across North America to better educate students and keep track of student progress. Now, a professor at San Diego State University has created a program that can help decrease the number of students dropping out of high school, according to the SDSU NewsCenter.

The software works by tailoring school exercises to better appeal to the interests of at-risk youth, and then to track over time to see if the changes affect grades and dropout rates. The key, according to professor Robert Briggs, is to make the lessons immediately impactful and collaborative.

Briggs said the idea for the software came to him after a conversation with one student. The child commented that obtaining food and worrying about a drug-addicted mother constituted more of an immediate concern than did history lessons or multiplication tables.

“When a learner has a stake in the outcome, learning feels like scratching an itch, but when they see no stake in the outcome, learning feels like putting your face on a belt sander,” Briggs said to SDSU NewsCenter. “We had to stop preparing the kids for a future they didn’t believe in and put them to work on real goals where they had an immediate interest. We chose the tasks carefully so they would have to learn what we wanted them to know in order to get what they wanted.”

After five years, SDSU reported that all of the 22 youths in the initial pilot program in Washington, D.C., had stayed in school, and that they showed signs of improvement in their reading and writing test scores after two years.

In addition to schools in Washington, D.C. and Chicago, a version the software has been used by the U.S.. Navy and the U.S.. Air Force to help improve decision-making, KGTV, San Diego’s ABC affiliate, reported.

Using social media for classroom control
Matthew Stoltzfus, a chemistry professor at the Ohio State University, turned to a different tool for classroom management – Twitter. While some professors view social media sites as a distraction, Stoltzfus has embraced it as a way to better communicate with students, The Lantern newspaper reported.

Stoltzfus uses social media and mobile technology in a number of unique ways. For example, instead of using a clicker to enter an answer, the professor has students in his lectures use a laptop or cellphone to submit a response.

Stoltzfus also incorporates Twitter into his curriculum. He gives out his handle to students so that they can communicate with him on the site. In addition, Stoltzfus told The Lantern that he uses Twitter instead of solely email to remind students about upcoming tests and other assignments.

“This model is a great way for any class that wants to facilitate discussion,” Stoltzfus said to the student newspaper.

The incorporation of social media into a classroom setting is a way for educators to better understand and relate to how students today view the world, as it has become one of the default ways for young people to interact, said Nora Spinks, the Vanier Institute of the Family’s CEO.

“Those of us that never went through this find it unnatural and unnerving, but kids today don’t know any different,” Spinks said to the Canadian Broadcasting Corporation. “If you’re 12 today, you grew up with smartphones. For kids, this is their own reality.”

What do you think of these two classroom management models? If you were a teacher, would you let your students directly talk to you on social media? Leave your comments below to let us know what you really think!