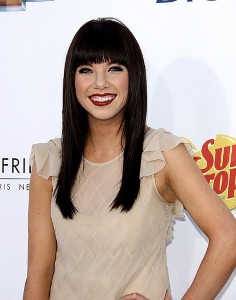 Hey, this is crazy, but performer Carly Rae Jepsen was hacked, maybe.Well, ok – the “Call Me Maybe” singer was most certainly hacked. It isn’t the first time in recent history a celebrity’s privacy has been compromised by a cyber thief – the breach is reminiscent of an incident last year in which stolen nude photos of actress Scarlett Johansson were leaked to the internet.

According to a recent E! Online article, the Vancouver police department is currently investigating Jepsen’s misfortune, but no charges have been made. If the attacker is identified, he or she could face penalties for unauthorized use of a computer, theft of telecommunications and criminal harassment. A Vancouver PD spokesperson told E! Online that the investigation began in March and an adult male suspect had been identified but not yet arrested.

Vancouver police started its investigation after an anonymous tipster told Jepsen and crew that a hacker may have acquired nude photos of the singer, according to a TMZ article.

“No, we’re not talking about the FAKE Jepsen pics floating around the Internet,” the article stated. “Sources tell us the photos in question are the real deal and have not seen the light of day … and the Canadian-born singer is desperately trying to keep it that way. ”

Similar to many cyber criminals, this hacker’s intentions may be more entrepreneurial than perverse. TMZ said the hacker attempted to sell the images to a number of media outlets. The entertainment news website reached out to Jepsen for comment, but she has yet to call back.