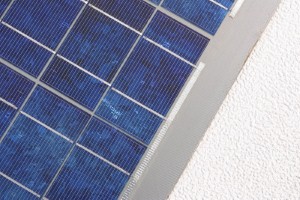 California is leading the nation in green technology.

Have you installed an intelligent power management product on your computer, to save energy and reduce costs associated with computing? If you have, congratulations – you’d fit right in in Los Angeles, San Francisco or San Diego, according to a recent report showing the Golden State is leading the nation when it comes to green tech. (And if you don’t aspire to be a Californian – or if you are one already – congratulations anyway! You’re doing something great for the environment and your pocketbook.)

California has been seeing a lot of succses with funding and deploying clean technology, which has helped the state’s economy rebound a bit and has cut greenhouse gas emissions in the state, even with a growing population.

The 2012 California Green Innovation Index was released by Next 10 and was compiled by Collaborative Economics. The report showed that investment in green technology rose 24 percent from 2010 to 2011. This means the state spent about $3.5 billion in 2011 on trying to start up more green and clean technology.

“Venture capital investment and patent filings are two economic indicators that signal positive future growth in terms of jobs and businesses,” said Next 10 founder F. Noel Perry, according to Phys.Org. “California’s commitment to an economy that is cleaner will also give us an economy that is stronger.”

The news source said one of the most positive things about the endeavor has been seeing the carbon emissions of the state fall as the state’s population has grown. Doug Enton, chief executive of Collaborative Economics, told Phys.org that the state was an early adopter of energy efficient, carbon reducing measures, and will continue to be a leader in this regard. The recent report singled out the high number of clean tech patents granted to California residents, and also drew attention to the state’s admirable energy productivity levels.

A letter signed by 100 California leaders shows that there may still be room to grow, as they want to see more consumer access to solar power, which is considered one of the best clean technologies available. Solar energy can power houses, businesses and even computers and phones.

Michelle Kinman, clean energy advocate with Environment California, said more than $10 billion has been driven into private investment in clean power in California over the past 10 years, which she said is a clear step forward for the Brown administration.

What are your thoughts on California trying to use more clean technology? Do you try to do little things such as PC power management to help save energy? Let us know in the comment section!