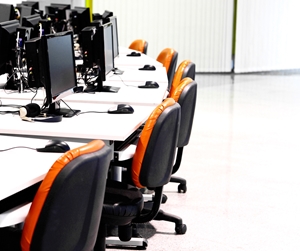 California schools are planning to embrace computerized testing protocols for 2014.

With technology continually proving to be a competitive differentiator across global marketplaces, the California Department of Education (CDE) is exploring a variety of ways to promote the development of transferable digital skills in today’s youth. With that in mind, officials recently announced an ambitious plan to incorporate more computer-based assessments into statewide school testing protocols.

“Multiple-choice, fill-in-the-bubble tests alone simply cannot do the job anymore, and it’s time for California to move forward with assessments that measure the real-world skills our students need to be ready for a career and for college,” CDE superintendent Tom Torlakson explained. “The concept is simple but powerful: if our tests require students to think critically and solve problems to do well on test day, those same skills are much more likely to be taught in our classrooms day in and day out.”

Torlakson’s recommendations for implementing such a system ahead of the 2014-2015 school year came following a mandate from the state legislature calling for California’s standardized testing systems to fall into alignment with the new voluntary, national Common Common State Standards (CCSS). The CDE’s existing Standardized Testing and Reporting (STAR) Program is now scheduled to be phased out in July 2014.

Adoption challenges
While parents, educators and administrators have generally been amenable to the latest slate of proposed changes, there may still be much work left to be done to forge a smooth transition.

In La Canada Unified School District (LCUSD), the focus is already shifting toward logistical challenges. According to the La Canada Valley Sun, educators will need to plan for the recruitment of hundreds of computers and associated classroom software licenses while boosting the bandwidth on its core networks. If these improvements are not made in time for the 2014 launch, schools may also be forced to explore phased testing protocols that can make due with limited IT assets.

Additionally, there are sure to be attitudinal shifts required by this new educational assessment paradigm.

“API (Academic Performance Index) scores, standardized tests and all that – it’s something that the community understands,” LCUSD governing board member Andrew Blumenfeld told the Valley Sun. “We’re very successful in that metric. We’re No. 2 in the state. Whenever you shake up a metric like that you’re going to have to rethink some things.”

What are the risks and rewards of embracing computerized testing programs within your district? What safeguards should be in place to ensure classroom technology investments stop short of the point of diminishing returns? Let us know what you think in the comments section below!