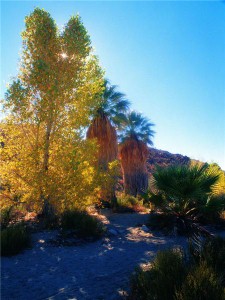 Going green has been a trend among bigger businesses in the data center.

Big-time companies have always tried to make a lot of greenbacks, but more and more, they’re going green in other ways. Engineering Source is reporting that HP has unveiled the world’s first and only net-zero carbon data center prototype.

“Information technology has the power to be an equalizer across societies globally, but the cost of IT services, and by extension the cost of energy, is prohibitive and inhibits widespread adoption,” said Cullen Bash, HP technologist and interim director of HP Labs Sustainable Ecosystems Research Group, according to the news source. “The HP Net-Zero Energy Data Center not only aims to minimize the environmental impact of computing, but also has a goal of reducing energy costs associated with data center operations to extend the reach of IT accessibility globally.”

Data centers have been notoriously wasteful as far as energy is concerned, so it’s great to see HP is trying to take a proactive approach to make it better.

Major for-profit companies like HP aren’t the only big institutions greening data centers. ZDNet reports the University of Michigan will go modular as a way to better handle the energy costs associated with data center’s. U of M’s new center will be, appropriately enough, titled the Modular Data Center and will be designed to use outside air to cool the facility 75 percent of the year. This should help save about $50,000 per month and $600,000 for the year, according to the news source, which is no small feat for a major university.

“Expanding our capability for computationally rich research is a priority for the University of Michigan,” said Laura Patterson, chief information officer and associate vice president of the university, in a statement. “The [Modular Data Center] helps support the broad range of our research community’s needs, while being mindful of cost and energy efficiencies.”

Other big-boys of the industry have been moving toward the green data center as well this year. Ars Technica points out that Microsoft is trying to launch a new green energy initiative this summer in which all of the company’s direct operations, including air travel, office buildings and, of course, data centers, will go carbon neutral.

“We recognize that we are not the first company to commit to carbon neutrality,” said Microsoft chief operating officer Kevin Turner in a blog post on the company’s website. “But we are hopeful that our decision will encourage other companies large and small to look at what they can do to address this important issue.”

Other businesses to go green in the data center this past year have included Facebook and Apple, according to Ars Technica. Look for this trend to trickle down to smaller companies that look to these bigger businesses for ways to save money and be more green.

Have you tried to go green yourself? Is PC power management something you think can be easily done to save money at home? Let us know how you go green!