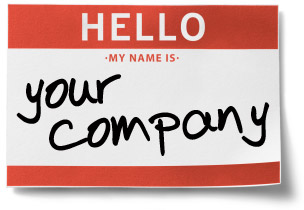 If you are unfamiliar with the term brandjacking, you won’t be for long.

Brandjacking is where an unauthorized person gains access to the online identity of another group and impersonates them. Thanks to Google+, it’s gaining in popularity.

A couple of weeks back Google+ opened the doors to businesses. This let Google App customers set up their own Google+ pages. The problem? There was no official verification in place to ensure that the person setting up the page is actually affiliated with that business.  This leaves the door wide open to anyone with a gripe or vengence against a company to set up a Google+ page instead.

Bank of America is just one of many companies to fall victim to brandjacking. A satirical page was created, complete with a Bank of America logo and corporate pictures. The page trashed the nation’s largest bank with a collection of insulting photos, images, and other posts.

Featured on the page was the tagline “We took your bailout money and your mortgage rates are going up.”

Another page said, “We are committed to making as much money as possible from usury, coercion, bribery, insider trading, extortion, and debit card fees as possible.”

The false page, which had been live for almost a week before being taken down, attracted thousands of followers and +1s.

The same sort of thing happened a few years ago when hackers were creating fake Twitter accounts, and claiming to be real celebrities. Twitter then responded with the creation of “Verified Accounts”. I would think that a giant like Google would have security in place to help businesses secure their names and protect their reputations, but so far this hasn’t happened.

While the Bank of America example is nothing more than a political protest, what will happen when stealth identity thieves get their hands on a brand name and use it for criminal purposes?