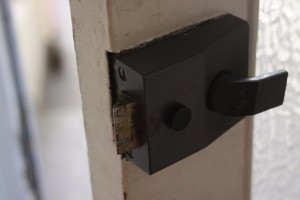 Using Anti-Executable and Antivirus software together is much like locking your front door and also having an alarm system.

Have you updated your antivirus software recently? Yes? That’s good news! Antivirus software is a good initial step for securing devices. The good news does come with one catch, though. A recent study suggests users and businesses should take additional steps to protect their data.

One of the common approaches to enhancing malware detection involves a process known as virtual analysis. This process uses a virtual machine to test how a piece of software behaves. If a program is up to no good, the program’s code is logged and identified as a signature for malware. Once the code has been identified as bad, updates can be deployed to antivirus programs and malware scanners. However, cybercriminals have found ways of getting their malicious software past the virtual screening process, according to a NetworkWorld article.

“The tools that are being developed by the bad guys to ensure that their malware is undetectable and successfully installed inside an environment has always been more advanced than the antivirus technologies,” said Gunter Ollmann, vice president of research at malware analysis company Damballa, who was quoted in the article.

According to the research, virtual analysis misses a third of all malware, and most antivirus software can’t protect against threats it doesn’t know about. Even when malicious software does get detected, it usually takes some time for an update to go out. Users without additional security measures in place are left vulnerable until their software gets updated.

Businesses are at risk, and some malware can be a big drain on the budget, as many companies recently found out. According to a recent ZDNet article, thousands of companies were recently hit by malware that turned printers into gibberish machines. The malware starts by showing ads to users, which is a source of money for cybercriminals, but it also throws files into the computer’s printer queue. The result? The printers start printing a mess of unreadable text and they don’t stop until the printer runs out of paper or power.

It may sound silly, but there are programs that can do much more than make printers spit out a bunch of nonsense. Mutating malware complicates the job of antivirus further by adding variations to the code of existing software. The wide range of possible threats calls for more security than traditional solutions offer.

That isn’t to say antivirus software isn’t useful. It is – it just means it could use a little help. Anti-Executable adds a layer of security by controlling applications themselves. With anti-executable, businesses can ensure that only approved applications run on their devices, protecting against completely known threats as well as mutations of existing ones.

Although security is a big advantage, application control has other benefits. IT can set up standardized configurations – by only allowing sanctioned applications to run, computers can be kept at optimum performance. Unauthorized applications can also be a big compliance headache, so it’s a good way to prevent employees from accidently installing something that would push the company into non-compliance territory.

The last thing you want is your printer to start throwing gibberish at you – you’ve got other coworkers for that. Whether it’s to prevent the workplace clown from downloading a prank application or to prevent cybercriminals from hacking into the system, it’s a good idea to take multiple steps to ensure peace of mind.