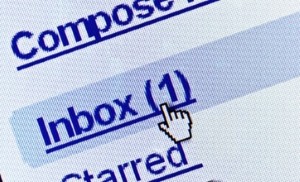 The email inbox just got a bit lighter, as the world’s largest spam network in terms of volume was taken offline.

The email inbox just got a bit lighter, as the world’s largest spam network in terms of volume was taken offline.

The Grum botnet was, at its peak, responsible for 35 percent to 50 percent of all spam emails, according to CNNMoney. However, coordinated efforts took down its main servers in the Netherlands, Panama and Russia.

Not only has the Grum botnet been effectively shut down, but the international effort aimed at Grum has also caused Lethic, another large botnet, to stop spending spam for the moment, according to CSO.

Botnets infect computers with malware. Then, remote servers direct the infected computers to begin sending thousands of spam emails. The Grum botnet, up since 2008, had gotten to hundreds of thousands of computers in the United States alone, according to SC Magazine. At its peak, Grum’s malware targeted about 120,000 new computers a day, CNNMoney said.

Since botnets work by controlling infected computers through central servers, the key to taking down Grum was taking the control servers offline. The first two Netherlands-based servers were taken down on July 17, with servers being shut down in Panama and Russia by July 22, according to CNNMoney.

What was interesting about the effort against Grum was that it involved no law enforcement officials, and was done entirely by cybersecurity experts, according to CSO.

The effort to take the Grum botnet offline demonstrated “that security researchers working together can also be effective in fighting botnets, which besides spam are used in denial of service attacks against websites,” Antone Gonsalves wrote in CSO.

When a computer is infected with malware, what methods for system restore and recovery do you implement? Do you think whitelisting is an effective strategy for preventing spam emails?