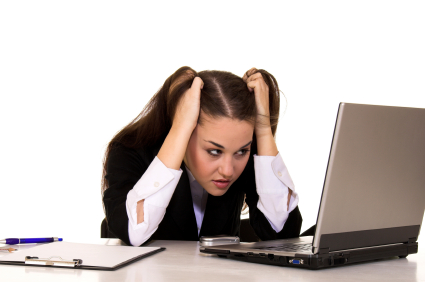 It’s not like I don’t want IE 8, but I just don’t feel like going through the 30 second process. It kind of reminds me when you go to a website that invites you to take the survey. Seriously, who has time for that? It feels like so much work!

I know I am not the only one out there who is like this. Here are my top 5 guesses as to why people don’t upgrade their software:

One final thing…. missing out on “blue” text messages are one thing, but never avoid necessary upgrades for software like anti-virus! I’m sure you can imagine the consequences I suffered thanks to that one.