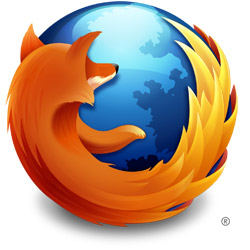 If you’re thinking to yourself “didn’t I just do this?” you are correct. Firefox seems to update its browser more often than Hollywood makes sequels to bad movies. It was a mere six weeks ago that the bright and shining new Firefox 6.0 browser was released. Time to do it again!

It’s good practice for an IT department to keep up to date with software. With Google admitting it’s getting harder to fight malware, keeping your web browser current is very important. New versions come with new security features and patch up holes that were found in the past edition. Plus you get all sorts of other under-the-hood goodies that speed up performance. Well, in some cases this is true…

Not all IT departments can just drop everything to do a roll out of new software though. In most cases good luck getting a new version deployed in 6 weeks. By the time your IT staff are able to upgrade everyone to 7.0, version 8.0 will be just around the corner!

Think how long it took most companies to upgrade from IE6. There are many that still haven’t! That was easily the worst browser ever. IE9 is the current version now.

While insane, if you’re able to update to the latest and greatest version, do it. If not file an IT ticket and hope your number gets drawn before 8.0 makes its appearance.