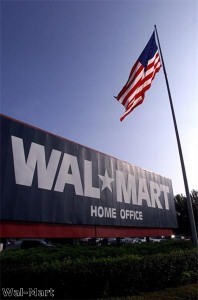 Rapper Pitbull could be headed to a Walmart in Alaska.

The musician Pitbull may be wishing he had application control capabilities over his fans’ – or enemies’ – computers. Why? Well, the rapper is headed to a Walmart near you. “Near you,” that is, if you are one of the more than 13,000 people who live near Kodiak, Alaska.

Starting June 18, Wal-Mart Corporation, in conjunction with Sheets Energy Strips, announced a contest on its Facebook page. One local Walmart store would win a free concert from the rapper.

Now, this is where things got interesting. David Thorpe of the Boston Phoenix newspaper decided it would be funny to send Pitbull to the most remote Walmart in the United States.

Thorpe’s campaign seems to have worked, as store #2711 in Kodiak won with more than 60,000 “Likes” on Facebook, according to The Associated Press.

“If they do win, he is definitely headed there,” Wal-Mart spokeswoman Sarah Spencer said.

And headed there he is, as Kodiak remained in the lead up until the contest closed on July 15. This will mark the Miami rappers first trip to Alaska.

Thus far, Pitbull has taken the developments in stride. He has responded multiple times on Twitter, even inviting Thorpe to join him in Alaska. On June 30 he tweeted, “I hear there’s bear repellant in Kodiak, Alaska,” in regard to the region’s brown bear population.

The borough that includes Kodiak has 13,592 residents, according to the most recent U.S. census figures, and is about 250 miles away from Anchorage, Alaska’s largest city.

What do you think of this internet prank? If you were Wal-Mart, would you embrace the free publicity or would have tried to prevent this from happening?