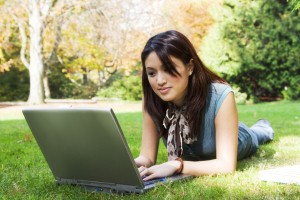 To help tech-minded potential pupils make a more informed choice on which university to choose, U.S. News and World Report recently released its list of the most connected colleges in the U.S.

University students these days are not content choosing schools based solely on their pedigree or on the courses offered. No, a 21st Century scholar requires constant connectivity while on campus as well.

To help tech-minded potential pupils make a more informed choice on which university to choose, U.S. News and World Report – for the first time ever – released its list of the most connected colleges in the United States earlier this month. Topping the list was Bowdoin College, a small liberal arts school in Maine. The higher education institution received a score of 79.9 out of 100 on the news source’s Connectivity Index.

Bowdoin has take a number of steps to ensure that its undergraduate student body has the tech-based resources to succeed, including supplying 1,778 students with discounts so they can buy their own laptops, equipping all dorm rooms with Ethernet connectivity, creating 24-hour classroom computer labs, having wireless access available all around campus and even providing students with private cloud storage.

“High speed [internet] is a popular commodity on college campuses,” author Eric Brooks wrote in a November 14 U.S. News and World Report article. “It offers flexibility in how courses are received and delivered, increases the accessibility of academic support services, and facilitates networking among students and faculty.”

How the list was developed
The news source, citing the demands that a modern undergraduate education places on technology, looked at four main measures when determining the most connected colleges in America:

• Available internet speeds, including the prevalence and strength of Ethernet and wireless connections for student use
• Internet access, including the percentage of campus covered by Wi-Fi and the networks’ ability to host as many students as possible
• Applications such as the amount of IT support made available to students
• Resources like providing internet-enabled devices to students and faculty, setting up private cloud storage options and the number of rooms with online projection options

The Connectivity Index weighed each variable equally, meaning that universities scoring poorly in one area could still receive a quality score for doing well in others. For example, Northeastern University in Boston received an overall score of 70.1 – ranking it at No. 7 on the U.S. News and World Report list – even though the higher-ed institution has Wi-Fi in just 15 percent of its campus housing facilities.

The news source also sought to highlight universities with innovative strategies for empowering students using technology. For example, Seton Hall University in New York was applauded for its program to provide incoming freshmen with smartphones and laptops.

“We have spent more than a dozen years intensely working to make sure our students are well connected and fluent with technology,” Dr. Tracy H. Gottlieb, the university’s vice president of student services said to The Setonian. “We have always strived to make sure that the tools we equip our new students with have real-world applications and facilitate higher learning.”

Connectivity trends
Among the schools cited, U.S. News and World Report found a number of trends. For one, universities located in the northeastern part of the U.S. tended to dominate the rankings, with 13 of the top 25 institutions residing being located in this part of the country, including three colleges in New York and four in Pennsylvania.

In addition, smaller universities had some of the highest Connectivity Index scores. Among the top 25 schools, 19 had fewer than 10,000 undergraduate students and 12 had enrollments under 5,000. The news source speculated that it was more cost effective for smaller institutions to provide connectivity to all its students than it was for universities with larger enrollments.

If you were deciding on which university to attend, would this list affect your choice? Leave your comments below to let us know what you think about this ranking!