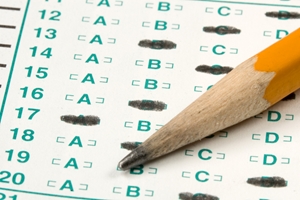 Many tests are graded by computers – should essays be as well?

As computers begin to take the roles traditionally held by us mere mortals, it may be time to ask: How far is too far? Even if a machine can do a person’s work faster, can it do a better job? These are questions that educators are starting to raise as new technologies take over some of the tasks that used to be handled by teachers.

In educational assessment, for example, we’ve been relying on machines to read bubble sheets for decades. Exams like the SATs, ACTS and GREs, as well as dozens of other federal- and state-mandated tests, are now taken online and scored by computers. But not all tests have one answer. Can we trust a computer to grade an essay?

Computer software grades essays – instantly
One nonprofit – founded by Harvard and the Massachusetts Institute of Technology – has developed software that uses artificial intelligence to evaluate essay and short-answer responses. EdX is planning to make its software available to schools on its website, and says its program will give teachers more time to focus on other responsibilities.

EdX said the technology also benefits students. When they submit essays through the computer software, they can receive instant feedback and a grade for their work. Teachers could then allow students to use this feedback to rewrite their essay and improve their grade.

Are computers smart enough?
While some studies have found that software can grade essays accurately and effectively, many educators and researchers remain unconvinced. One organization, the Professionals Against Machine Scoring of Student Essays in High-Stakes Assessment, is focused on preventing this kind of software from becoming adopted. Its petition has already collected thousands of signatures.

While this technology is a great tool, it should be used to enhance teaching rather than to replace teachers. Instructors could use it to help students work on their writing skills. For example, teachers could have students write an essay at home and then use the program to evaluate it the next day in class. As a group, the teacher and students could talk about writing problems identified, ways to fix them and whether the software did a good job of grading the essay.

If teachers could get their students thinking critically not only about their own writing, but the way it’s graded, this would be a win for everyone involved.

Do you think schools are relying too heavily on technology? Please share your thoughts on our Facebook page!