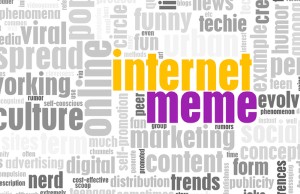 Memes can provide an interesting look into how the online world views the major players in this year’s U.S. presidential election.

Quick definition: A meme is basically an internet trend. Think LOLcats. Memes have exploded in popularity in recent years, and they provide an interesting look into how the online world views the major players in this year’s U.S. presidential election.Memes of the presidential candidates
The two main memes to use the likeness of the major candidates – Barack Obama and Mitt Romney – display a marked difference in terms of how the online world views each person. On one hand are the Obama rage face comics to come from Reddit in 2011, in which one user created a comic based on a picture of Obama reacting during a state visit to the United Kingdom. Knowyourmeme.com described the inspiration image as “a positive response to a pleasant surprise or an outcome of an event that has surpassed one’s expectation, similar to the usage of ‘everything went better than expected’ face.”

Google Insights reported that interest in the term “Obama not bad” spiked in December 2011 and during last month. During Obama’s Q and A session on Reddit last month, he even referenced the comic at the end of his last response.

Romney memes tend to be more disparaging. One of the most popular meme series to feature the candidate is the “Relatable Romney” thread that uses his personal wealth to imply that he is out of touch with less affluent people. The meme features a picture of Romney with captions such as “Why Don’t Poor People/Just Buy More Money?” and “I know it’s hard to manage your finances/I can’t keep track of all my money either.”

Other political figures to inspire memes this election cycle include former Republican presidential candidate Ron Paul, and actor Clint Eastwood, after his speech at the Republican National Convention which included an empty chair that was supposed to represent an invisible Obama.

If you were a candidate, would you encourage political memes? Do you think the memes accurately represent the presidential candidates? Leave your comments below to let us know what you think!