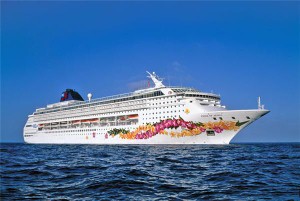 Hackers and technology experts confined to a boat for 100 days – what could possibly go wrong?

How would you like to go on a 100-day cruise? Well, ok, there are a couple of caveats. The ship is also going to be housing 26 hackers and other technology experts. And you also have to be a decision maker for a company that is looking to move its technology solutions to the global market. But, aside from that, it should be a pretty fun ride!Kidding aside, the Unreasonable At Sea program is designed to bring together the best and the brightest minds and allow them to collaborate to solve some big problems. It may sound a little far-fetched, but the inspiration for the idea came from playwright George Bernard Shaw, according to CNN columnist Laurie Segall. Specifically, it came from one of Shaw’s famous quotes about progress:

Whether Shaw was right remains to be seen, as quite a few influential names are on the cruise’s docket. Segall reported that Archbishop Desmond Tutu, WordPress founder Matt Mullenweg and Behance founder Scott Belsky are among those who will be along for the ride.

Hackers at sea?
Don’t grab your cyber criminal defense kit just yet. According to the Unreasonable at Sea website, the cruise is designed as an accelerator program for technology entrepreneurs. The voyage, which begins in January, will offer several benefits to the 10 companies in attendance:

• A chance to experiment with technological innovation and make connections with government officials
• Receive mentorship from 20 world-class serial entrepreneurs and innovators.
• Make connections with top-tier venture funds
• Live and work with 9 other entrepreneurs and their teams
• Mentor undergraduates who will be studying via the “Semester at Sea” program – a semester abroad program that utilizes the ship as a traveling campus

And if that’s not exciting enough, the voyage will be carried out by the MV Explorer, which, according to the Unreasonable Institute, is the fastest cruise liner in the world. The companies that will be on the trip are all technology-driven including medical innovation company Evolving Technologies.

“Using bottom-up innovation techniques, Evolving Technologies created an endoscopy system for the needs of developing markets for less than 4 percent of the market price,” according to the Unreasonable website. “Their main product today is a light, portable endoscopy system for women’s health, the EvoCam. They also have the EvoLight, a light, portable, LED-based medical light-source powered by a USB.”

Vita Bean Neural Solutions, a technology startup, is another company that has been selected. Vita creates applications to allow teachers to learn new skills in an engaging way. According to the company description on Unreasonable’s website, Vita Bean’s technology has already been adopted in several states throughout India as a teacher training and education enhancing tool. The company uses a mixture of “gamification” and cognitive science – essentially, instead of passive learning, Vita’s tool uses interactive applications to engage learners in a more dynamic way and is designed for both teachers and students. Amruth Bagali Ravindranath detailed the concept driving the technology in a TED Talk in 2010.

Daniel Epstein, who is leading the Unreasonable at Sea project, called it an “experiment in transnational entrepreneurship.” It will be interesting to see what happens when so many creative minds end up in one place.

Do you think the program will yield significant results?