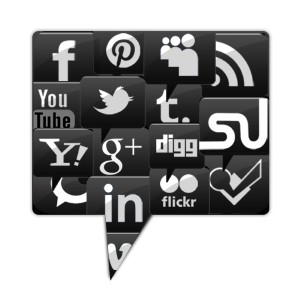 If social media posts are any indication, then one candidate has emerged as the clear frontrunner in this year’s U.S. presidential election.

If social media posts are any indication, then one candidate has emerged as the clear frontrunner in this year’s U.S. presidential election. From June 4 to June 17, one candidate sent out 16 tweets while the other major candidate wrote 404 tweets. Can you guess which one rules social media?If you guessed Barack Obama, then you were right! According to the Pew Research Center’s Project for Excellence in Journalism, the current U.S. president is far more active on just about all social media sites than Mitt Romney, his main challenger.

“If presidential campaigns are in part contests over which candidate masters changing communications technology, Barack Obama on the eve of the conventions holds a substantial lead over challenger Mitt Romney,” according to the study released August 15.

Audience engagement
The Pew Research Center noted that while social media is supposed to be a conversation, both candidates used internet tools to simply broadcast their respective messages.

“Citizen content was only minimally present on Romney’s digital channels,” the report noted. “The Obama campaign made more substantial use of citizen voices – but only in one area: the ‘news blog’ on its website where that content could be completely controlled.”

However the report did discover a large disparity in terms of the general public’s interaction with the candidates. Of all of the posts studied, Obama had more than 490,000 Facebook “likes” and more than 140,000 retweets on Twitter than Romney.

However, when it came to what generated the most interest online, the topics veered away from economic issues. On Twitter, some of the most popular topics for Romney included veterans and healthcare. For Obama, the top retweeted posts were about immigration, women’s issue and also veterans.

When it comes to topics to bring up on social media, the candidates may want to consider going beyond politics. Dave Kerpen, a social media marketing expert, told USA Today that candidates should broaden their appeal by appearing more personable and down-to-earth on social media sites. In particular, he applauded Obama’s August 9 tweet congratulating the U.S. women’s soccer team on winning an Olympic gold medal.

“[M]ore important than speed [in regards to social media posting] is authenticity and personality,” Kerpen told the newspaper.

“People want to know who the candidate is,” Jordan Rednor, a political marketing strategist, said to USA Today. “And with all the rhetoric being spewed, it’s really hard to see the personality of the candidate.”

Would you vote for one candidate over another one based on how often the person posts to Facebook or Twitter? Do you think social media sites are the best way for candidates to present themselves and their political opinions? Leave your comments below to let us know what you think!