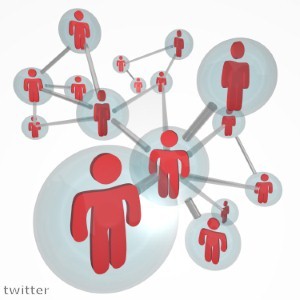 Spammers have chosen social media as their platform for engagement.

If you’re already tired of your relatives sending you Farmville invites, get ready to groan at another social media annoyance. Twitter is under a spam attack, according to a recent CSO article. But the spam is a little more than annoying, it’s also a security risk.

The social media website has become the unwilling host to a series of attacks that trick users into clicking malicious links, CSO reported. If a Twitter message asks you if a photo is really you, don’t click on it! The spam tweets often read, “It’s you on photo?” or “It’s about you” and contain links that redirect users to a Russian website that contains the Blackhole toolkit, which the bad guys can use to develop and deliver malware.

Social media malware on the rise
Cybercriminals are using more advanced tactics to reach a larger number of victims, according to a recent Help Net Security article. In addition to more advanced malware-spreading technology like Blackhole, attackers are getting better at mimicking emails and other correspondence from legitimate businesses. Users may have to adopt a layered security approach, as many traditional security solutions have fallen short of identifying and stopping attacks.

“IP and web reputation, and email authentication have similarly failed to protect users, as botnets are in a constant flux with nodes added and removed at regular intervals, the scale of the attacks is great, and the attackers show a predilection for compromising legitimate sites to lead to the ones hosting the exploit kit,” the article stated.

According to Help Net Security, the most common type of program hackers spread is designed to steal information, such as username and password data. Security researchers believe many spam runs are carried out by a handful of hackers, because botnets allow for a large number of attacks to be automated.