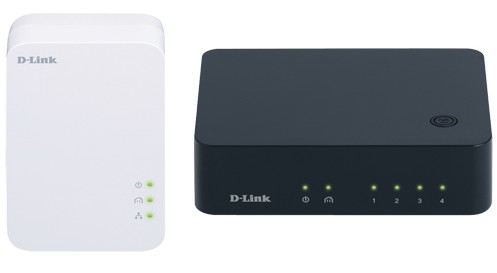 I did some research and discovered that many devices interfere with wireless signal. Wireless signal – by its nature – travels through air, and is subjected to interference from other devices that also create wireless signals. The list includes cordless phones (the main culprit), microwave ovens, computers, Bluetooth devices, television sets, speakers, air purifiers, home wiring, fans, and numerous devices we use at home on a day-to-day basis.

If only I could wire my entire apartment with Ethernet. It’s an expensive proposition – but is it worth it? Are there any alternatives?

Yes. I found a very cool solution to turn my home wiring into a computer network. The home wiring can carry data like the Ethernet and provide faster speeds than wireless. I installed a D-Link PowerLine AV 500 4-Port Gigabit Switch Kit. The configuration was extremely simple:

And voila! My Blu-ray was connected over Ethernet! I could now get a very high Internet speed at my Blu-ray. Netflix never buffered again.

It is amazing that my home wiring can actually be used as an Ethernet network. I am sure this is useful for people in large homes. Imagine working on a weak wireless signal on the second floor room when your router is in the basement. The Powerline Ethernet adapter will solve the problem. You could buy multiple receivers and plug them throughout your home. You can also build a nice network to share Internet data, music, movies, and files across multiple users in your home. This device is extremely useful for gaming systems as well.

If you build a home network, be sure to use advanced threat protection. You wouldn’t want unauthorized programs taking control of your home network!