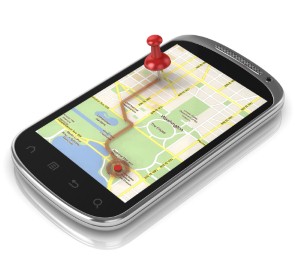 To help with the navigation of all things this fall, turn to handy applications, as they can help make the upcoming months a breeze.

To help with the navigation of all things this fall, turn to handy applications. Apps can help with everything from determining tomorrow’s weather to besting friends in games. Now, apps can help make the upcoming autumn season a breeze.

Best apps for the beginning of the school year
From saving on school supplies to having the technology needed for classroom control, apps can be the way to go. For those looking to find the best deals, there are a number of free apps available. The Red Laser app allows users to scan barcodes to see what the best prices are for that item in the area. The Zoomingo app can also help save money, as that free application will show the nearest locations of sales events. For those looking for savings that can be redeemed just about anywhere, Coupon Sherpa offers coupons that can be redeemed at a variety of stores.

For those who missed the great textbook sales this back-to-school season, it’s never too late to start considering apps for next semester. College students can save money with the CampusBooks app to find the best deals on textbooks. A nifty piece of classroom software that can help math students is the Free Graphing Calculator app. Instead of purchasing an expensive piece of technology, just download the program and a smartphone or tablet will be able to accomplish most of the same tasks as a graphing or scientific calculator. For students looking for some help remembering all of their tasks, Evernote is especially handy. It allows users to take quick notes, write lists and capture screenshots
from textbooks or other sources.

Top apps for deciphering truth in politics
Politicians have developed a reputation for not always being truthful to voters, and new apps available for download can help separate the truth from empty rhetoric. One such free application, Ad Hawk, can determine which group is behind a particular campaign advertisement. The app also provides the user with information about who is in the group and which policies they support.

Another free app that is similar to Ad Hawk is the Super PAC App. Developed by former students at the Massachusetts Institute of Technology, the app functions in a way similarly to the Shazam app that recognizes songs. To use the Super PAC App, hold a mobile device up to a television screen playing a campaign advertisement. The app then matches the audio from the ad to its database to determine who paid for the ad and on how much they paid for that spot. The application then goes a little further, pointing the user to two different nonpartisan fact-checking websites so that the claims made in the spot can be independently verified, CNN reported. Think of it like personal application control for political rhetoric.

“The campaigns are spending a lot of money and all of that money is going into television ads,” Dan Siegel, one of the co-creators of the Super PAC App, said to CNN. “And therefore there’s a need for users to be able to play through the noise a little bit.”

To help make sure the Super PAC App is always functioning correctly, Siegel told the news source that the development team uses web spiders to find political television ads after they have been posted online. Once an ad is found, the audio is added to Super PAC’s database. In addition, the app allows users to rate each ad, providing user feedback for others to look at.

What do you think about these free applications? Which ones sound useful to you, and which ones would not be relevant? Leave your comments below to let us know what you think!