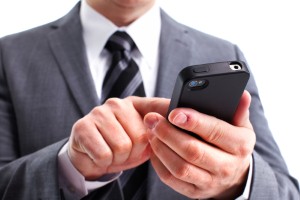 Thanks to new technologies like smartphones and tablets, relying solely on tried and true techniques during an election campaign may no longer cut it.

During this U.S. presidential campaign, the candidates have done just about everything they can to reach potential voters. Of course there are always the classic forms of political advertising like the yard sign, the television spot and the in-person speech. However, thanks to new technologies, relying solely on those tried and true techniques may no longer cut it.

One of the biggest technology trends to emerge since the last campaign has been mobile technology. While smartphones existed in 2008, they were not nearly as commonplace as they are now. According to a recent report from the Pew Internet and American Life Project, close to 88 percent of registered voters own a cellphone. Of that group, 27 percent said they used their mobile device to read up on the candidates and on politics in general.

The Pew study also looked at how smartphones affected the election process, finding that 45 percent of all registered voters with a cellphone used a smartphone. In addition, 45 percent of voters with a mobile device used it to read about the campaigns either on websites or via social networks like Facebook and Twitter. Among smartphone-owning registered voters, 35 percent used their cellphone to fact check and 18 percent said they used their mobile device to write a politically-motivated message on social media.

Using text messages to reach voters
In particular, the Pew Research Center looked at text messaging’s effect on this year’s election cycle. What the survey found is that even though SMS is one of the most popular ways to communicate via cellphones – mobile marketing company Mogreet reported earlier this year that 174 million American text every day and 6.4 billion text messages are sent out every 24 hours – most voters were generally not receptive to political text messages.

During this presidential campaign, did you turn to a cellphone or smartphone to learn more about the election or political issues? Do you like to sign up for automated text messages, or do you block applications that send mass SMS messages? Leave your comments below to let us know your thoughts on smartphones affecting this year’s U.S. election!