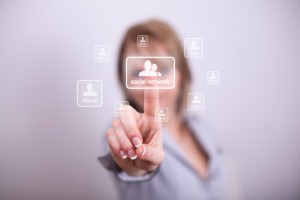 Today’s youth turns to social media and apps for everything from communicating with friends and family to checking the temperature. Increasingly, they are also the preferred formats for discovering whether or not they have been accepted to the college of their dreams.

Gone are the days when universities would mail out hefty packets to accepted applicants, with prospective students anxiously waiting on mailbox deliveries to see where they will be going to school. Instead, higher-education institutions are cutting out the postmaster by using social media websites to communicate with potential pupils through the entire application process. TIME Magazine reported earlier this month that some colleges are now allowing some to submit part of their applications via YouTube, and have set up private Facebook groups to let new students know they have been accepted.

“What we’re trying to do with social media is be relatable and relevant,” said Perry Hewitt, Harvard University’s chief digital officer, according to TIME. “In today’s communications environment, it’s not a ticket to win. It’s a ticket to play.”

According to marketing research conducted by the University of Massachusetts Dartmouth, 78 percent of colleges surveyed said that social media has affected how they recruit students, and only 29 percent of the schools said they had no social media plan in place.

Potential pitfalls of collegiate social media marketing
Even though the vast majority of universities now embrace social media as a prime way to reach applicants, it does have drawbacks in comparison to more traditional reachout efforts. For one, the schools have to be sure they are honest and relevant enough to appeal to 17- and 18-year-olds without ruining the message they are trying to convey, TIME reported.

With social media, colleges have less control over how they present themselves. Today’s youth expects total honesty and transparency, which for some universities can mean revealing some of their negative aspects to applicants, the news source said.

“We do fall prey to talking about all of our good stories and always portraying everything as positive and perfect for every student,” Stephanie Dupaul, associate vice president for enrollment management at Southern Methodist University, said to the magazine. “It’s really incumbent on schools to try and be more authentic and not try to market ourselves as all things for every student, but instead be who we really are.”

Is social media the best way for universities to appeal to applicants, or are colleges better off marketing themselves using more controlled formats? Be sure to leave a comment below to let us know what you think!