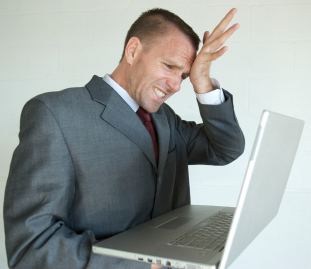 A racially charged set of Tweets made by a university student in the U.K. has landed him a stint in jail. When Fabrice Muamba, soccer player for the Bolton Wanderers suffered a heart attack during a game on, Liam Stacey mocked the incident.

Other Twitter users reacted to his response, which caused a slew of racist comments from Stacey. He tried to delete his posts, but other sites had already recorded his comments. Complaints were made to police, one from an ex- English soccer player Stan Collymore, who had experienced racist attacks himself. Stacey was arrested the day after the game, and was sentenced to two months in jail. He admitted that he had been drunk when he made those posts, and couldn’t provide a reason or his attack.

Stacey has also commented that he isn’t a racist, and that some of his friends are from different cultural backgrounds. Oh, well that settles that then.

When it comes to the online world, one wrong move can last a lifetime. You click the wrong link and surprise!—you get infected with a virus. Oops. You can protect yourself, but avoiding the situation altogether is always best.