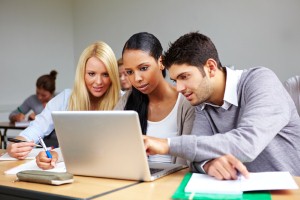 As schools increasingly turn to technology to educate students, districts need to properly address the costs associated with the modern classroom computer.

Back in simpler times, school year shopping involved buying things like pencils, paper and notebooks. Now, thanks to increased classroom computer use, notebooks are still essential, except now notebooks are computers instead of paper.As schools increasingly turn to technology to educate students, districts need to properly address the high costs that can be associated with the modern classroom computer, according to one author.

Bridget McCrea, in an August 8 article for THE Journal, wrote that districts need to understand that new technology involves an upfront investment of time and resources that might not be always available.

“The new technology being infused into today’s classrooms doesn’t come cheap; nor is it always easy to install, repair, maintain, and upgrade,” she wrote. “Physical facilities take time and money to upgrade and replace, and teachers must be trained on how to use any new equipment and applications that are introduced into the classroom. For the 21st Century classroom to operate at an optimal level all three legs of the stool must be addressed – and that costs money.”

In addition to the costs related to purchasing and upgrading technology, districts need to account for costs relating to infrastructure upgrades. For example, McCrea said schools might need to obtain new desks that are better fit for laptop use or facilities might need to opt for a higher speed internet connection. Plus, schools need to provide adequate training to teachers so they can properly use any new classroom software given to them.

“Budgets are tight, classes are getting larger, and teachers are having to find ways to do more with less,” Anne Yount, founder of the Boston Tutoring Center, said in THE Journal. “Technology can help bridge that gap in the classroom, but whether it’s accessible or not often comes down to funding.”

How schools deal with technology costs
While the purchase of a new classroom computer or mobile device does sometimes involve a significant upfront investment on the part of districts, school administrators said they expect the technology to reduce costs in the long term in addition to being worthwhile investments for education.

For example, students in Huntsville, Alabama, will receive laptops and tablet devices as the school district shifts to digital textbooks this school year. According to Superintendent Casey Wardynski, textbooks cost the district $5 million annually. In the first year of this new program, the district will spend $3.2 million on new technology and digital textbooks. By year three of the program, Huntsville schools will be paying $2.5 million a year, The Huntsville Times reported.

By using applications instead of textbooks, districts can achieve cost savings by not having to pay for the extra costs associated with the publishing process. Apps for the iPad from Houghton Mifflin Harcourt have all the content available in their algebra and geometry textbooks, except the apps cost $13 less than the books, U.S. News and World Report said.

To help save money on classroom technology, one school district is considering leasing computers and tablets instead of purchasing them. Carol Stream Elementary District 93 in Illinois spent $879,000 to lease 570 MacBooks and 290 iPads from Apple, according to the Daily Herald.

Another way schools can more affordably incorporate technology into classrooms is to let students bring in their own devices. Quakertown Community School District in Bucks County, Pennsylvania, allows students to use a personal laptop instead of a classroom computer offered by the school. Last year, the district was able to spend less money on technology since 30 percent of its students elected to use their own laptops.

“Your district doesn’t have to be rich to create the best possible learning environment,” Kim Klindt, a fourth grade teacher and technology facilitator at Guy Emanuele Jr. Elementary School in Union City, California, said to THE Journal. “You can do it if you have a few computers and teachers who know how to integrate and use the technology.”

Are schools spending too much or not enough money on the latest classroom technology? What are some other ways that schools can make sure enough money is available for the latest gear and software?