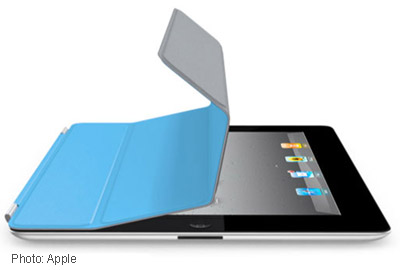 When I bought my iPad 2 I opted for one of Apple’s Smart Covers to protect it. They come in a bunch of colors—in either polyurethane or Italian leather—and can fold up to become a stand. Now it does one more thing—lets someone access my iPad without a passcode. Smart hey? Not so much.

Don’t worry this hasn’t been an issue since you got yours. It seems this bug just surfaced following the launch of iOS 5. It requires a few steps but nothing you really have to work for.

Simply hold down the power button until the prompt to “slide to power off” appears. Close the Smart Cover and open it again. Cancel the power down and voila! You’re in. No passcode needed.

Before you start to worry, this isn’t the end of the world. Best case scenario is they can only access whatever you had open at the time. Worst case (if you were on the home screen) is they can just see all of the apps you have. Nothing will open. Your apps can be moved around and deleted though (an easy fix!).

Where this starts to get all crazy is if you had something more than just Angry Birds open. Something like email, iMessage, or even Safari with a bunch of tabs active.

Apple knows all about this and is already working on a fix, but it’s better to be safe than sorry. You can disable Smart Cover unlocking in your Settings. Under General look for “iPad Cover Lock / Unlock” and turn the function off. Now you’re safe!