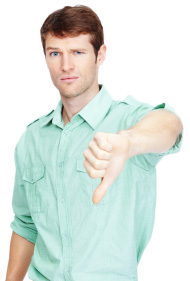 We’ve talked about the many benefits of using disk imaging to restore your computers. Here are some of their drawbacks:

– Imaging takes a lot of time

Deploying an image involves a long process to copy huge amounts of data from one location to another. You can’t do much while a computer is being imaged. A coffee break is a much better than watching progress bars advance on the screen.

– An image is one huge file

This one huge container has all data from the target computer, every single file. If that image file gets corrupted, you can kiss all of your files that were inside goodbye. As per Mark Twain, “Put all your eggs in one basket, and watch that basket!”

Not only are images single files, they’re huge. Multiple images can easily fill up a hard drive. If you need a lot of images make sure you have a lot of space.

– We reap what we have sown

If you create an image of an infected computer, the virus or malware get deployed with every image. By the same token, if someone has compromised local security on the master image, all imaged systems will be vulnerable.

– Not all systems are born equal

Disk images contain all system settings, including drivers and firmware for things like video or network cards. IT departments may standardize their hardware, but of 1,000 identical machines there’s going to be some slight differences. If a video card’s firmware is just one version behind the disk image? Disaster.

Over time our computers get cluttered, with unused programs and files. This “system lint” keeps growing, slowing your computer down the longer you use it. When we restore an image, we restore all the lint that we have packed into the original image as well.

– Your network better be fast

Sending images over your network will strain its performance. Make sure your network is optimized for the bandwidth spike if you do need to move images this way.

There you have it. I’d love to hear your feedback so far! Next up – virtualization!

Edited October 31 by Dmitry Shesterin based on feedback from Vinayak Suraj.