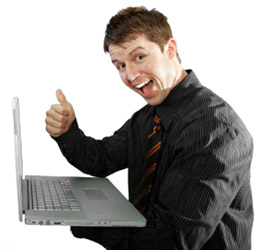 We’ve heard of a number of ways you can restore your computers to the way they were. We’ve looked in detail at the pros and cons of using buffer files. Now we’re going to take a look at disk imaging.

Disk imaging has been around for some time. The first programs to copy the exact structure of drives and disks appeared around 1996.

Let’s take a look at some of the benefits of disk imaging.

– Copy one system to a large number of identical computers

There is no need to set up every computer separately, or setup the whole OS from scratch. One image can be put on many machines. You don’t have to sit in front of the computer and click through a myriad of screens to get it working either. Solutions today can put the same image onto thousands of machines at once.

You can make as many different images as you want. This gives you flexibility to change back to any preferred configuration. You could have one image as a “barebones OS core install”, another one once you install Microsoft Office—maybe a series of daily images. The choice is yours so you can decide how far back to go when restoring a computer.

– Images are saved as files

Disk space today is cheaper than office space! If you want to keep data from a computer, you don’t need to keep the actual hardware around. Just create an image of that drive and store it. Use the original computer for something else. If an employee leaves the company, make an image of their drive and keep it handy in case you need it again.

As you can see, disk imaging is a great technology that comes in pretty handy when dealing with IT issues. Next up we’ll take a look at the downsides to disk imaging.