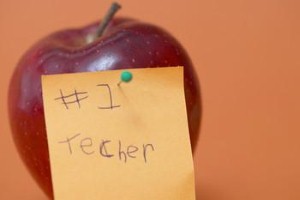 One of the less-advertised advantages of the virtual classroom: virtual apples are less expensive than real ones.

Just take one look around a classroom and you’ll see the challenge every teacher has to address. Twenty or 30 different faces, some of them confused by the lecture, some bored because their parents work for NASA and explained differential calculus to them last week, and even some who are genuinely interested in finding the derivative of a function.

How do you make a single lesson plan to account for different learning speeds, attention spans and interests? Well, you give students more than one lesson, of course. It’s technology and crowdsourcing to the rescue, with LearnZillion.com, a learning platform that offers a wide range of free lessons in video format. According to a recent CNN article, each video is about five minutes long and is reminiscent of YouTube.

“We started using it because we came across the Khan Academy site,” Eric Westendorf, founder of LearnZillion, told CNN. “We liked this idea of instruction being captured and delivered to students. Then we said, ‘What if it could be based on the Common Core Standards, [which most U.S.states have now adopted] , so that it is aligned with what students need? … It was out of these ‘what ifs’ that I came up with a prototype.”

LearnZillion and other virtual education efforts, such as Khan Academy, have received funding from the Bill and Melinda Gates Foundation. A spokesperson for the foundation told CNN the organization is looking for innovators in education. Even though some of the investments don’t turn out as well as hoped, the foundation continues to invest in technology and initiatives to improve education. One of those investments has been in the form of financial support for LearnZillion’s “TeachFest,” which brings together the top teachers from around the U.S. to share their secrets.

The virtual classroom: To high school and beyond

Virtual classroom software also has the potential to enhance learning through collaboration. Arizona State University and and Leuphana University in Germany recently launched an educational program that allows students from different parts of the world to work together. Although the current project is focused on biological conservation, it could have a greater impact on education by enabling international collaborative learning in other subjects as well.

“So we asked, ‘what if as we teach about sustainability, conservation biology, science, humanities and culture, we have students from Europe, South America, China, and the U.S. all talking together?’” said ASU professor Robert Page. “There would be differing views and the sharing of those views might allow students to develop solutions to challenges that none could have conceived of individually. And so was born the concept of a global classroom.”

What do you think virtual classroom technology? Is it worth the procurement cost? Would you be excited to attend a university that has a program like ASU’s?