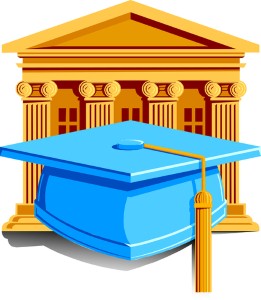 Thanks to the world wide web, some of the most prestigious universities in North America will be making their coursework more widely available online.

The internet has a way of making everything more democratic – including higher education. Now, thanks to the world wide web, some of the most prestigious universities in North America will be making their coursework more widely available online.

For example, the Massachusetts Institute of Technology (MIT) will now allow students at Bunker Hill Community College and MassBay Community College to take online classes on computer science and programming with coursework materials supplied by MIT and Harvard, two of the most prestigious colleges in the world, Bloomberg Businessweek reported.

The benefits of the arrangement, Businessweek reported, is that it enables community colleges to offer a high level of education while reigning in costs, and it provides college officials a way to test out new formats in online class work to see which formats work best.

MIT is far from the only university providing coursework and materials online to non-enrolled students. Earlier this month, Georgetown University in Washington, D.C. announced that it will be offering a number of free massive open online courses (MOOCs) to anyone with internet access, according to The Washington Post. There are currently more than 2.5 million people who have signed up to take at least one of the 217 MOOCs offered by the two major online open class providers: edX and Coursera.

In addition, 2U Inc. will begin offering students at 10 North American universities the chance to take classes offered at one of the other participating colleges, according to U.S. News and World Report. For example, through 2U, a pupil at Northwestern University could take a class offered at Vanderbilt University, or a University of Notre Dame student could sign up and receive credit for an online course from Duke University.

Do MOOCs represent the future of higher education?
While the number of universities offering MOOCs has risen considerably of late, they have yet to become as accepted an educational tool as traditional in-person lecture learning. For example, The Washington Post reported that most of the participating colleges do not offer credit hours for completing a free online class.

“The interesting question is, how good is the thing that’s free?” Kevin Carey, an education analyst at the New America Foundation, said to the Post. “It doesn’t surprise me that they’re [participating universities] being deliberate about it. If they’re putting their brand names behind this effort in a very public way, you absolutely want to mitigate against the risk of people saying, ‘This is no good.'”

However, according to Joseph Aoun, president of Northeastern University in Boston, MOOCs may forever dismantle the traditional college framework. He wrote in a November op-ed article in The Boston Globe that as more and more coursework becomes available online, students may no longer have a need for traditional colleges. After all, why pay tens of thousands of dollars a year to attend a prestigious university when the same classes can be taken online for free or for a fraction of the cost.

“Consequently, MOOCs will force traditional colleges and universities to confront questions about their value propositions,” Aoun wrote. “As more students wonder why they should pay for a campus-based college education when they can take online courses for low or no cost instead, colleges and universities will have to demonstrate the benefit they provide more powerfully than ever. Those that can differentiate themselves and prove their ‘value-add’ will succeed – and those that can’t will fail. In many ways, these developments have the potential to invigorate higher education by compelling traditional colleges and universities to become more accessible, committed to graduates’ success and more distinctive and diverse.”

Do MOOCs represent the future of higher education? Does the proliferation of online coursework force universities to rethink their classroom management strategies? Leave your comments below to let us know what you think about MOOCs!