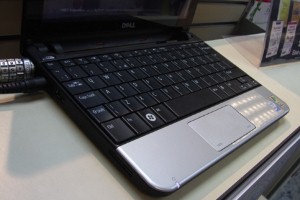 A fair amount of home networks are infected with viruses and malware, meaning more people should step up layered security.

You think you’re being safe surfing the internet? Now’s a good time to review your browsing habits and evaluate your computer’s layered security, as a recent report found that in the first three months of 2012, 13 percent of North American homes with a broadband internet connection showed evidence of some form of malware infection. The Kindsight report said more than 6 percent were infected by high-threat malware, including botnets, bank Trojans and rootkits.

“The main infection method was email messages luring victims to web sites running a variety of exploit kits,” according to the report. “The victim would typically receive an email message from a business or the government informing them of an issue with their account. This would contain a reasonable looking link to a web site. The web site would actually host an exploit kit such as BlackHole, Eleonore, Sakura or Crimepack.”

Scary stuff huh? All of this should show people that a good security approach is needed on every computer. Neil Rubenking’s Security Watch blog at PC Magazine said that it’s not just money that criminals are going for anymore, but with hacktivism and other similar movements, hackers and cybercriminals are looking for power. Despite this growing motivation for power, Rubenking said one way to stop criminals is still to “hit them in the cashbox.”

“One way to put the brakes on malware creation is to make it unprofitable,” he wrote. “Sure, countering their technology is one way to cut the profits. A brand-new threat is most profitable immediately after its release, breaks even after it has spread enough, and tapers off once antivirus tools start to counter it. Pushing antivirus detection so it occurs before break-even would definitely cramp their style.”

How do you think security should be dealt with? Can broadband homes be more safe or are we relegated to constantly fighting off viruses?