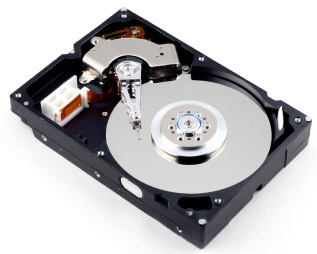 A recent flood in Thailand has closed over 1,000 factories. Some of these factories make hard drives. The government has warned that waters could continue to rise until the end of the year. When the rains do finally stop, it is estimated that factories could take months to clean up computer equipment damaged by floods and to restart production.

This means a shortage of hard drives around the world. Analysts think that over the next six months there will be 50 million fewer hard drives. All of this is going to have a big impact on the internet and companies that provide cloud computing services. This includes Apple, Amazon, Google, Microsoft and Facebook. Think of how much you rely on the cloud and everything that you store in it – emails, photos, videos, documents, blogs, music. Without enough hard drives to provide storage for everything.

“You really can’t grow and expand the Internet without the expansion of storage hard drives,” explained John Monroe, research vice president at Gartner. “There are an awful a lot of ramifying impacts that are being incompletely considered here.” He noted that if Google and Facebook, for example, cannot gain access to enough high-capacity hard drives for Internet storage, the Web could suffer major problems.