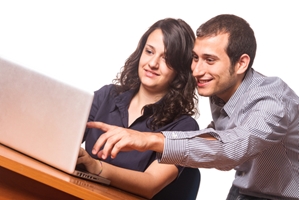 Online outlets have given students a wide range of resources from which to steal content.

Plagiarism is nothing new for educators. For as long as there have been essays, there have been students looking to cheat their way out of having to write them. In the past that typically meant copying information out of encyclopedias and other reference materials. With the massive amount of media outlets and online sources available to them, today’s students have more opportunities than ever before to plagiarize. As the internet has grown, universities have seen more instances of plagiarism. In fact, 55 percent of college presidents have said the number of plagiarized essays on their campuses has increased over the last decade. Eighty-nine percent said personal computers and the internet have played a major role in the trend.

With more universities using online course resources, it can be difficult for professors to be sure that the papers their students are writing are original. Many have been forced to take it upon themselves to scour the internet searching for proof to find out whether suspicious papers have indeed been plagiarized. Needless to say, that is an arduous process, with teachers entering passages into search engines and waiting to see if anything turns up.

Keeping students honest in the classroom
In the classroom, one way for teachers to prevent students from copying others’ work is with computer monitoring software, which allows instructors to view student monitors and track their web browsing in real-time. If a student begins copying and pasting passages from an online resource, the professor will know right away.

Out of class, things can get a bit trickier. Students are free to access whatever sites they please without being monitored. There is little professors can do at this point to prevent plagiarism, but there are tools available to help them identify plagiarized essays.

Brevard Community College in Cocoa, Florida, has begun using software that analyzes electronically-submitted essays. By comparing the content of a student’s paper against its text database, the program can determine how much of the material was copied.

At first, schools that implemented the software found that instances of plagiarism actually increased on campus, because teachers were better able to identify stolen material. Once the program’s existence became common knowledge, plagiarism rates plummeted. In addition to keeping students honest, the software has freed up time for instructors as they no longer have to go to great lengths to identify plagiarism. With these software tools at their disposal, college professors can be sure that their students are producing original work.

Do you think enough is being done to prevent plagiarism? Would you like to see more universities install anti-plagiarism software? Tell us what you think in the comments section below or message us directly on Facebook!