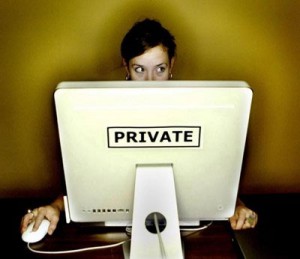 Curiosity can cost you a lot these days. A 34-year-old Michigan man faced up to five years in jail for snooping on his wife’s email account. And get this – the reason for his nosiness? He suspected his wife was having an affair. Leon Walker, third husband to wife Clara, started getting suspicious when she didn’t come home one night in 2009. So naturally, his curiosity got the better of him and he started playing detective.

So what did he discover by reading her emails? That his suspicions were correct. She was having an affair with her second husband, despite the fact that he had been arrested for beating her in front of her child from her first marriage. Yowzers! Out of concern for the child’s safety, Leon notified Clara’s first husband. Instead of receiving a reward for being a hero, Leon was charged with a felony for using his wife’s password to access her Gmail account.

Seriously? Since when is reading your spouse’s email a crime that comes with hard time? Or should your personal emails be considered as private as your posted mail? But then again, who hasn’t opened mail addressed to their spouse at some point? We all expect privacy when it comes to our online activities, but is it still considered a hacker when it’s your spouse? And what about snooping on your kids then?

No matter how you look at it, Leon did what most people would have done – find out what’s going on. And considering the dangers in her past, the average person might do even more. The good news is that after 2.5 years of fighting, all charges against Leon were finally dropped. But not because the judge ruled that snooping on your spouse was not a felony.

Ironically enough, it was because Clara’s attorney submitted evidence that Clara had been doing the very same thing. She admitted to reading Leon’s text messages while they were married. A shocking twist indeed. It left the prosecutor with no choice but to drop the case.

So what do you think? Should your partner face jail time for snooping on you? And should kids be able to sue parents for spying on their Facebook accounts?