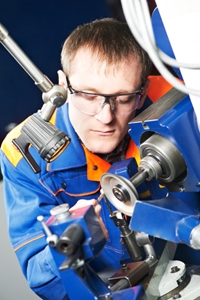 Employers and schools respond to a growing “skills gap.”

With talk of a growing skills gap that is causing some employers to say there aren’t enough workers qualified to fill available positions, educators have begun talking about how they can better prepare students for future careers. While the conversation is ongoing, companies, schools and government officials are beginning to introduce career-readiness programs and new technology to help students gain the expertise they will need to be successful in their post-graduate jobs.

Identifying the skills gap
A McKinsey survey conducted at the end of 2012 found that nearly 40 percent of employers cited a skills shortage as the top reason for entry-level vacancies. Thirty-six percent of employers also said that graduates’ lack of skills caused “significant problems in terms of cost, quality and time.” But this same survey found that 72 percent of schools believed that when their students graduated, they were prepared for work. This shows a major gap between educational organizations and employers – with students caught in the middle.

Partnerships, technology offer solutions
The skills gap is most strongly felt in jobs that require a high level of skill in math, science and technology. In response, many states have begun to focus on these areas.

The Governor of Wisconsin recently announced that he plans to invest $100 million into programs to develop the state’s workforce, including investments in Wisconsin’s technical school system. A survey conducted by GE found that business executives believe one of their top priorities is connecting with educators so that students come out prepared to contribute in the fast-paced business world.

In Texas, reported Ben Philpott on KUT Austin, lawmakers are trying to pass legislation that would support offering more classes in math and science and would encourage students to pursue technical or vocational training programs. And in other states, like New York, Illinois, Maine and Massachusetts, companies and schools are teaming up to ensure that skilled workers are graduating with relevant skill sets.

The Twitter chat suggested that new adaptive learning technology and analytics platforms could also personalize the educational experience and help teachers prepare students for specific career paths. Some classroom software, like Faronics Insight, helps teachers take a more personal approach to learning. Students can ask teachers questions directly through Insight on classroom computers, and educators can also initiate individual or group discussions so they can manage their classroom while allowing students to pursue different topics.

“Choices should be made early and often. Change your career path frequently. The point is to have a destination in mind,” concluded Jeff Livingston at the end of the Twitter discussion.

How do you think schools could better prepare young adults for the workforce? Please share your thoughts below!